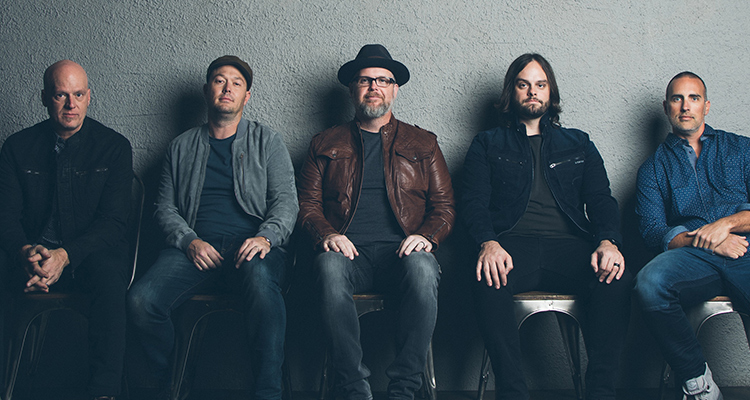 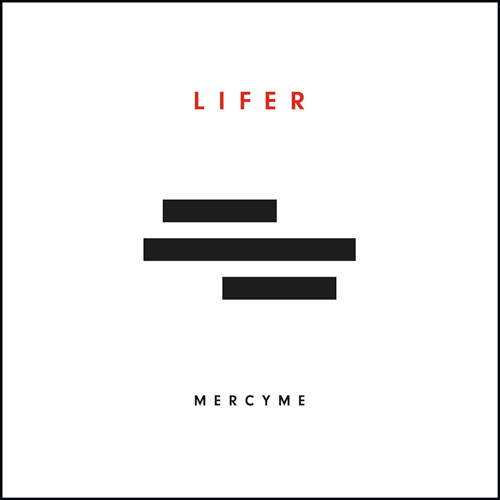 Warning: the moment you start to listen to the infectious new MercyMe album, you’re going to do a double take. The funk, dance pop, ‘80s flavors, power ballads and arena anthems will have you convinced you accidentally switched back to Top 40 radio, but Lifer (FairTrade Services, March 31, 2017—buy) is a loaded pop music set, anchored in current flavors that actually connect to the band’s childhood listening habits.

More than its pop palette, Lifer is a continuation of a journey of freedom for MercyMe, one that began with 2014’s Welcome To The New. According to front man Bart Millard, MercyMe learned to “stop caring in a good way.” Ever since, they’ve been committed to one thing: making music on their own terms. Fortunately the end result sounds as good, and hip, as ever before.

CCM Magazine: You mentioned that you’d “stopped caring in a good way.” Was there a tipping point or a memorable moment when that happened?
Bart Millard: Yeah there was a very liberating moment, so to speak, in our career. We’ve been a band for 23 years, having started in ‘94. We verbally signed in ‘99 and released the first album in ‘01, I think. We would never complain about ever having “I Can Only Imagine” be a career song and be one of our first releases—but if there was any kind of downside, it would be that you spend a lot of time afterwards trying to play catch-up. You don’t want to be the people to derail the MercyMe machine. It comes from everyone. Everyone is like, "Man, this thing was a huge success. We don’t know what to do with it, so let’s do it again." It’s like, "Why? We already have one." They say, "No, we want more. Let’s write more power ballads." For a long time, we’re like, "Okay, if you say so, let’s do it."

Then right after The Hurt And The Healer (buy), spiritually, I was just at a point where I couldn’t do it anymore. We weren’t enjoying what we were doing. We were going through a lot of difficult times in our personal lives. I thought, “There has to be something more than me just spending my whole life trying to be good more than I am bad.” I got caught up in the legalism of if I did enough good stuff, God would be okay with me and not see the bad. On a spiritual level, I couldn’t keep trying to fill out this eternal to-do list. I knew there had to be something better than this.

A good friend of mine stepped back into my life and said, “I know you’re really good at working hard at something and trying to earn someone’s approval, but there’s nothing you can do to make Christ love you any more than he already does. You just need to relax and enjoy the finished work of the cross. Enjoy the fact that you can have an off day and He’s still crazy about you. It’s not about what you do.” Nobody had ever told me to stop. Everybody always told me to do more. So I spent a couple years unpacking and understanding who I actually am in Christ.

I’d believed all my life that I was simply a bad person trying to be good. I would have moments of greatness or whatever, but ultimately I knew I’d go back to the sorry person I thought I was. He said, “Man, you have Christ in you. You used to be worthy and unrighteous, but because of the cross, you’re a brand new creation. You need to live like it. Live like you’re holy and righteous and not like you’re someone destined to fail at the first opportunity.” He allowed me to see myself differently. My expectations to fail started to go away, not that I would fail any less or more, since it was the same, but I wouldn’t beat myself up.

People ask, "Who would you say you are in Christ if you keep saying that?" I would say, "I guess I’m a child of the risen King who wrestles with the flesh. I win some and lose some but it cannot change how Christ sees me because the cross is actually enough." When you start living a life of grace and when you start to love yourself and forgive yourself, it’s amazing what you can do for others. I’ve said for years that I used to think the church didn’t know how to love people. Now I’ve realized we’re actually really good at it. The problem is that we don’t love ourselves, so we treat people the way we treat ourselves. Our mission in life as MercyMe as long as we keep being a band is to try to get people to let themselves be loved and understand what Christ has done in their lives so they can be that sort of people.

CCM: …and that tipping point?
BM: We were in this place where the band was like, "Let’s fix what’s broken." Right before Welcome To The New, we cut all of our shows in half. I moved to Nashville just to sleep in my own bed more and write with other artists and not rely on touring as much. I thought I was on my way out. The crazy thing is when we cut back and stopped caring in a good way, we started falling in love with music again. We started acting like 15-year-olds in a garage again. So, Welcome To the New was the first record where we didn’t care what people said about us. We were just making music we loved. We’re not recreating the wheel or anything, but for us, if we agree it should be on the record, that’s all we need. So we had a blast writing that album.

Lifer is a continuation of that victory. I mentioned feeling like it was okay to try different stuff and pop music clears the way for a lot of things. Christians won’t admit it, but we’re usually a decade behind, although we’re getting better. [Laughs] But we’re the only genre that exists where the only thing that separates us from anything else is our lyrics...

This content first appeared on CCMMagazine.com and is used here with permission. To view the original visit: http://www.ccmmagazine.com/features/mercyme-a-lifetime-in-the-making/