ONEREPUBLIC
Breaking into the mainstream in the late 2000s with a hit remix of their single "Apologize," pop/rock band OneRepublic is bolstered by the anthemic songwriting of frontman Ryan Tedder, who has written for an extensive roster of high-profile talent including Leona Lewis, Beyoncé, Maroon 5, and Adele. Following the breakthrough success of the Timbaland remix of "Apologize" from their 2006 debut, "Dreaming Out Loud," OneRepublic continued to rack up radio hits. They reached a peak with 2013's "Native," which was home to the hit singles "Counting Stars" and "Love Runs Out." With each successive album, OneRepublic veered more and more into pop territory, especially evident on their fourth album, 2016's Oh My My, which featured electronic dance and pop flourishes.  — by Andrew Leahey 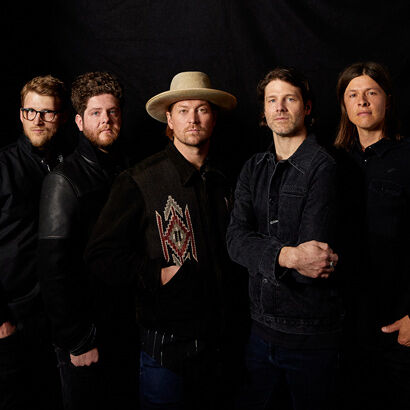 NEEDTOBREATHE
Since 1998, NEEDTOBREATHE have quietly emerged as a dynamic force in rock music, topping the charts, selling out historic venues, and generating hundreds of millions of streams to date. The band have gathered one platinum single, four gold singles, and a gold album. Along the way, “Multiplied” notched their first GRAMMY® nomination. Simultaneously, they performed to sold out crowds at arenas and amphitheaters coast to coast. In 2020, they sowed the seeds for rebirth with "Out of Body". It bowed in the Top 5 of three Billboard charts. Within weeks of its release, the quintet—Bear Rinehart [vocals, guitar], Seth Bolt [bass, vocals], Josh Lovelace [keys, vocals], Randall Harris [drums], and Tyler Burkum [guitar]—stole away to an old historic house in Columbia, TN where they lived together, ate together, laughed together, and recorded together for three weeks in the fall of 2020. They returned home with their eighth album and documentary "Into The Mystery" [Elektra Records]. It’s the kind of record that could only be made by a band who has been through it all and still has enough faith to keep encouraging one another.